A visit to the Bishops Palace St Davids Pembrokeshire nearby to St Davids Cathedral is a must. This was home to the Bishops of St Davids and initially built as a private residence but later in 13th century became a much grander building for stylish entertaining.

During the summer months, try and catch an open-air theatre performance here.
I have attended many military band performances also.
It is built for drama.
The whole site sends shivers down the spine.
It evokes a period when religion was the order of the day and bishops were powerbrokers par excellence.
Lavish decorations, corbels carved as human heads and striking chequerboard stonework are all testament to the wealth and status of these medieval men of religion.
Bishop Thomas Bek undertook significant new building work on the site but it was the later Bishop Henry de Gower who was responsible for virtually the entire palace that we see today. His legacy consists of two great ranges.
First to be built was the East range which was his private domain.

The second, the south range, was much grander and built for stylish entertaining. The great hall, the most impressive chamber in the palace, created the perfect backdrop for banquets.
De Gower built the fantastic wheel window in the east gable and the majestic porch, an entrance befitting the majesty of such an iconic building. 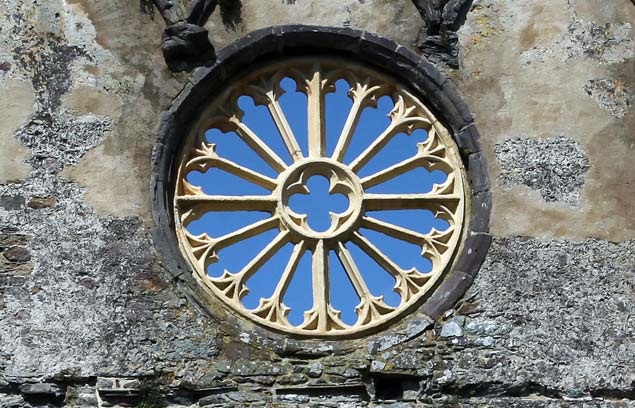 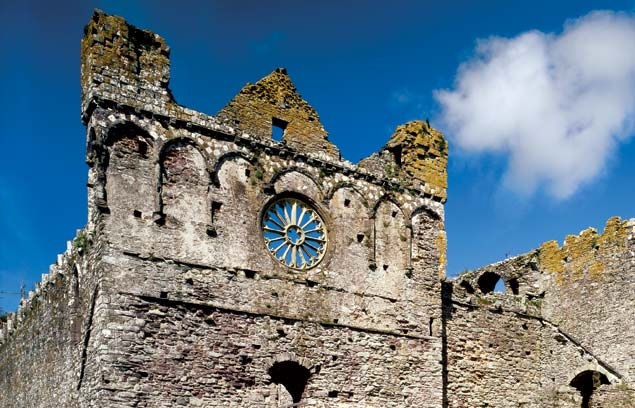